What is a “core proceeding” arising from a bankruptcy case?  What standard is used to evaluate this issue?  These were the questions asked by the Eighth Circuit case of In Re Schmidt, decided in 2011 (11-6028 to 11-6030).  In this case, Klein Bank appealed the bankruptcy court’s order  denying its motions to remand its replevin actions which had been removed from the state court to the bankruptcy court.

In denying the motions, the bankruptcy court had originally concluded that the replevin actions were core proceedings. The Eighth Circuit B.A.P. disagreed, stating that  core proceedings are limited to those “arising under or arising in” a bankruptcy case.

In 2011, Klein Bank filed two lawsuits against David Schmidt, Douglas Schmidt, and Dale Schmidt, and several of their companies in the District Court of Wright County, Minnesota.  The lawsuits were replevin actions.  A replevin action is a civil action undertaken for the purpose of recovering some secured collateral, when there has been a default on the loan.

Then on February 28, 2011, Douglas Schmidt, David Schmidt, and Dale Schmidt, along with their respective spouses, all filed voluntary Chapter 11 petitions in the United States Bankruptcy Court for the District of Minnesota.  Neither F.H. Schmidt, Schmidt Electric, nor any of the other corporate defendants in the Replevin Actions filed for bankruptcy relief.

The Schmidts then filed Notices of Removal to United States Bankruptcy Court pursuant to 28 U.S.C. § 1452 in the replevin action.  The notice of removal asserted that (1) the respective Debtors have a legal interest in the property being replevined and, therefore, these are core proceedings which cannot be resolved without affecting the Debtors’ bankruptcy estates; (2) the Replevin Actions are related to the Debtors’ respective bankruptcy cases and, therefore, it would be more efficient and expeditious to have them heard in bankruptcy court; and (3) the United States District Court for the District of Minnesota has original jurisdiction under 28 U.S.C. § 1334.

The Bankruptcy Court determined that the replevin actions were core proceedings and, therefore, mandatory abstention under § 1334(c)(2) did not apply. The Court also declined to abstain under § 1334(c)(1)’s discretionary abstention provision, and denied the requests to remand based on equitable grounds under 28 U.S.C. § 1452(b). Klein Bank appealed. 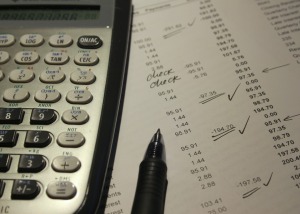 The bankruptcy court originally hearing the case determined that the replevin actions were core, concluding that they may fall within as many as three of the sixteen different types of core proceedings enumerated in 28 U.S.C. § 157(b)(2). The bankruptcy court had found that the replevin actions fell within § 157(b)(2)(A) (matters concerning the administration of the estate), § 157(b)(2)(B) (the allowance or disallowance of claims against the estate), and § 157(b)(2)(O) (other proceedings affecting the liquidation of the assets of the estate or the adjustment of the debtorcreditor or the equity security holder relationship).

In essence, the Bankruptcy Court concluded that, since the Debtors showed that they would not likely be successful in their reorganization efforts if Klein Bank replevined the assets of their non-debtor corporations, that litigation falls within those three examples in § 157(b)(2). Thus, the Bankruptcy Court originally concluded, they are core, essentially regardless of whether they actually arose under or in the Debtors’ bankruptcy cases.  But the BAP did not agree with this reasoning.

Determinative in this case was the fact that a new Supreme Court decision had just come down that affected things.  In Stern v. Marshall, the United States Supreme Court rejected the notion that § 157 embodies a category of matters that are core, but do not arise under or arise in a bankruptcy case.  As the Court stated, “core proceedings are those that arise in a bankruptcy case or under title 11.”  That is so regardless of whether the matter can be fitted into one of the enumerated examples in § 157(b)(2).

Since the replevin actions did not arise under or arise in the Debtors’ bankruptcy cases, they are, simply, not core.  Basically the BAP also pointed out that the corporations should also have filed a bankruptcy case, not just the officers personally.  This was not done.  The lesson seems clear:  if there are issues going on both for a debtor personally and for his or her corporation, filing two cases should be considered highly.  Had the corporations also filed for Chapter 11, the outcome would have been different.