Under what circumstances are life insurance policies exempt in bankruptcy? Can the exemption ever be forfeited? These were some of the questions considered by the 10th Circuit Bankruptcy Appellate Panel in the case of In Re Larry Erickson and Betty Moore, filed in August 2011 (KS-11-005). Life insurance proceeds are normally exempt in bankruptcy provided certain conditions are met, but this case had an unusual set of facts.

Husband and wife Larry J. Erickson and Betty L. Moore filed a petition for Chapter 7 relief on March 30, 2010. At the time the petition was filed, Erickson owned several insurance policies on his life with respect to which Moore was the designated beneficiary. Debtors neither scheduled the life insurance policies as assets, nor claimed them as exempt.

The Trustee contacted the debtors’ attorney about the issue. The debtors amended their Schedules B and C to disclose and exempt out the life insurance proceeds. Moore claimed two of the policies exempt under Kansas Statute § 60-2313(a)(7),7 which exempts any interest in any policy of insurance upon a person’s life exempt from process pursuant to Kansas Statute § 40-414. Moore claimed the other policy exempt under Kansas Statute § 60-2308, which exempts pensions and benefits received from qualified retirement plans. 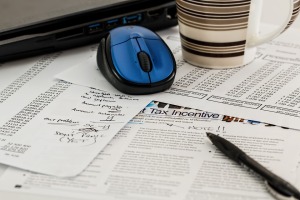 Trustee then objected to Moore’s claimed exemptions under Kansas Statute § 60-2313, and filed a motion for turnover with respect to the insurance proceeds.  The Trustee argued Moore did not have an exemptible interest in the life insurance policies as of the petition date, and that the insurance proceeds came into the bankruptcy estate pursuant to § 541(a)(5)(C) which (he alleged) supercedes any applicable state law.

The Trustee also argued Kansas Statute § 40-414 did not exempt the proceeds paid to Moore. The bankruptcy court ruled against the Trustee, and he appealed.  On one point, the BAP agreed with the Trustee. As of the petition date, Erickson, the insured, was still living. Therefore, Moore’s interest in the life insurance policies was limited to that of a designated beneficiary subject to divestment.

The court noted that the Kansas Supreme Court had ruled that “‘[a] beneficiary has only an inchoate right to the proceeds of a policy, subject to being divested at any time during the lifetime of the insured, by transfer, assignment, or change of beneficiary.’” Thus, Moore had only an expectancy and not a legal or equitable interest in the life insurance policies that she could exempt.

However, even though the debtor could not use that provision, it could still exempt out the insurance proceeds under Kansas state law. Bankruptcy exemptions in Kansas are determined by state law. The B.A.P noted that Kansas law exempts the proceeds of a life insurance policy, whether they be cash or surrender value in the hands of the insured or proceeds in the hands of the beneficiary. Kan. Stat. Ann. § 40–414(a)(4) expressly exempts the “beneficiary’s interest” from any claims of his creditors. Kansas courts have long held that proceeds of an insurance policy in the hands of a beneficiary or deposited in the beneficiary’s bank account retain their exempt character. Proceeds held by beneficiaries remain exempt, and this has been the rule for some time.

The Trustee’s argument that § 541(a)(5)(C) somehow “superseded” this Kansas exemption statute was found to be without merit. This argument is “completely contrary to § 522(b) which provides that debtors are entitled to certain exemptions notwithstanding § 541.” It was true that § 541(a)(5)(C) operated to bring the life insurance proceeds into Moore’s bankruptcy estate because she became entitled to them within 180 days of filing her petition. But she may still claim them as exempt pursuant to Kansas Statutes § 40- 414 and § 60-2313.

The B.A.P. emphasized, once again, the firm rule that exemptions should be “liberally construed” in favor of a debtor. In other words, if there is any doubt as to whether an exemption should be applied, courts should err on the side of applicability. This is in keeping with the intention of the Code of giving debtors a fresh start.

This case highlights two important points. One is the reminder of the exemptability of life insurance proceeds. The second point is the duties debtors have to be forthright with the bankruptcy court and the trustee. Attempts to conceal assets, or failures to disclose material assets, set the stage for bad things to happen. It was not clear if the debtor’s failure to disclose the receipt of the proceeds was deliberate or simply ignorance, but the point remains valid. The debtor could have saved herself a lot of trouble by simply disclosing the asset, and then exempting it out. Not doing so created a presumption (justified or not) that something amiss was happening.