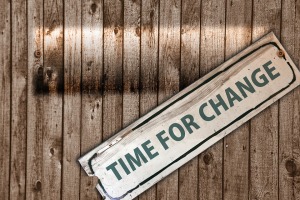 One recent decision from the 10th Circuit Bankruptcy Appellate Panel highlights the interplay between a confirmed Chapter 11 plan, the persistence of the automatic stay, and the closing of a case.  The case also brings into focus the need for caution before opting to close a case without awareness of the consequences.  The case in question is In Re Rael, B.A.P. No. WY-14-048, decided February 27, 2015.

The case in question was an individual Chapter 11 case.  The debtors filed an individual Chapter 11 bankruptcy petition in 2008, and their plan was confirmed in January 2010. The plan provided they would not receive a discharge until they completed all payments under their plan. About a year after their plan was confirmed, they filed a final report and motion for final decree, seeking to close their case to avoid paying the United States Trustee’s quarterly fee assessments. Over objections by both the United States Trustee and Wells Fargo, the bankruptcy court entered a Final Decree and Order Closing Case in 2011.

The debtors then unfortunately defaulted on one of their secured loans that was covered in the plan.  The loan was the auto loan.  The creditor, Wells Fargo, sought relief in the bankruptcy court, but the court declined to rule on it because the case had been closed and the automatic stay expired.

Wells Fargo then filed a complaint in state court, alleging the debtors had breached their contract when they defaulted on the terms of the confirmed plan. The debtors answered the state court complaint, failing to raise any jurisdictional defense to that court hearing the matter, and the state court entered judgment for Wells Fargo.

Wells Fargo then sought to enforce its lien on some real estate owned by the debtors.  The debtors reopened their case and stipulated to relief from the automatic stay to allow Wells Fargo to foreclose on the properties in question.  The debtors then asked the bankruptcy court to hold Wells Fargo in contempt for allegedly having violated the automatic stay before the parties had stipulated for relief from the stay.  The bankruptcy court denied the debtors’ contempt motion, finding there was no stay violation and that Wells Fargo was entitled to enforce its rights under the confirmed plan in state court.  The debtors appealed.

According to the BAP, the debtors’ confirmed plan expressly vested all property in the debtors at confirmation. The debtors reopened their bankruptcy case several months later, alleging a violation of the automatic stay as well as a violation of the discharge injunction and the plan confirmation order.  The plain language of §362(c) applies here, and the automatic stay terminated as to property of the estate upon plan confirmation, and terminated as to all other property upon case closing.  The BAP based its decision on the 10th Circuit case of  In Re Houlik (481 B.R. at 661).

The debtors had made the argument that in a Chapter 11 case, property acquired after the filing of the case is also property of the estate.  This was not relevant to the case, the BAP found.  The property that was the subject of Wells Fargo’s actions was property on which Wells Fargo had a prepetition lien. Thus, by definition, this was not property the debtors acquired or earned after they filed their case and before case closure, as required for the express terms of §1115(a) to apply.  The stay of Wells Fargo’s actions against property of the estate had long since terminated pursuant to the plain language of § 362(c)(1) and § 1141(b). 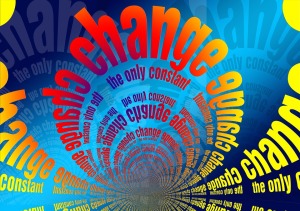 The confirmation of the debtors’ plan vested all property of the estate in them (under § 1141(b)) and the automatic stay ceased as to that property at plan confirmation (under § 362(c)(1)). The stay against all other acts terminated, by the express language of § 362(c)(2), when the debtors elected to close their case.

It was clear that the BAP was troubled by some of the debtors’ arguments.  It noted that they voluntarily sought the closing of their case after plan confirmation in order to avoid further Chapter 11 fees, and then  used the fact the case was closed as a shield when Wells Fargo attempted to dismiss or convert the Chapter 11 case after the debtors failed to perform under the confirmed plan.  “They will not now be heard to suggest the closing was something less than is contemplated by the express words of § 362(c)(2)(A)”, the BAP concluded.  In other words, you can’t have it both ways.

It seems clear in this case that some the problems of the debtors might have been avoided if they had chosen a different time to vest the property back to themselves, as permitted by Section 1141(b).  It also might have been advisable not to close the case too early, before all of the relevant issues arising in the case had been resolved.  Very often, paying the Trustee’s quarterly fees to keep a case open is worth it.