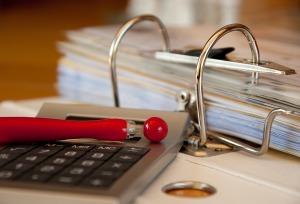 In a recent case litigated by our law firm Phillips & Thomas LLC, a Kansas bankruptcy court discharged $234,046.00 of student loans in one of our bankruptcy cases.  The court found that our debtors had satisfied the “undue burden” standard with regard to most of their student loans and therefore entered a discharge for the majority of the student loans in question.

The case in question was adversary proceeding In Re Murray (Murray v. ECMC), Dist. of Kansas, Adv. No. 15-6099 (Filed Dec. 8, 2016).  In addition to the large amount of student debt that was wiped out, the outcome is significant because it demonstrates the fact that the Tenth Circuit (like many others) permits the partial discharge of student loans:  as the Court said, “[in the Tenth Circuit] discharge of student loans is not an all-or-nothing proposition.”

The adversary proceeding was brought pursuant to 11 U.S.C. Section 523(a)(8).  In its decision, the Court began by conducting a detailed analysis of the debtors’ budgets.  Carefully basing its findings on the evidence in the record, the Court found that the debtors would not be able to maintain a “minimal” standard of living if forced to repay the entirety of the loans, which stood at $311,570.  Debtors were music teachers with master’s degrees, and their ages and occupations precluded them from reasonable expectations of substantially higher wages in the future.

The Court then went through each of the so-called “Brunner test” factors adopted by the Tenth Circuit.  These are:  (1) that the debtor cannot maintain, based on current income and expenses, a “minimal” standard of living for herself and her dependents if forced to repay the loans; (2) that additional circumstances exist indicating that this state of affairs is likely to persist for a significant portion of the repayment period of the student loans; and (3) that the debtor has made good faith efforts to repay the loans.  The Court also noted the Tenth Circuit’s disfavor of “overly restrictive” interpretations of the Brunner test.

The Court noted that any proposed “repayment” plan to deal with the $311,570 in student loans would severely disrupt the debtors’ household.  Simply put, any monthly payment towards this amount far exceeded the disposable income of debtors seeking simply to maintain a minimum standard of living.  The Court was also unpersuaded by the creditor’s proposed “repayment” options that it presented as alternatives:

These monthly payments [proposed by the creditor], although affordable, would not constitute payment of the student loan debt. The payments would not even be sufficient to pay the interest accruing at the rate of $65.89 per day, or approximately $2,004 per month. Debtors’ student loan debt would increase, not decrease, under these [proposed repayment] options. “The question framed by Brunner in this first prong is whether [Debtor] can maintain a minimal standard of living if she is required to repay this loan, not whether she has any surplus in her budget available for a monthly payment” under one of the income-based repayment plans. Further, although the income-based repayment plans provide for loan forgiveness after making payments for 25 years, at which time Debtors would be in their early seventies, such forgiveness could likely result in a significant tax debt.

Thus the alleged “repayment” plans submitted by the creditor simply did not address the underlying issues identified by Brunner.  The debtors had made good faith efforts to repay the loans, had in fact made continuous payments over many years, and had not avoided working.  Their situation was likely to persist for some time in the future.

Fortunately, the Tenth Circuit permits partial discharge of student loans.  “[I]n the Tenth Circuit, as in many circuits, the dischargeability of student loans is not an all-or-nothing proposition. When a debtor shows that the requirements of § 523(a)(8) have been satisfied for a portion of the student loan debt, the bankruptcy court may exercise its equitable powers under § 105(a) and discharge just that portion of the debt…the Debtors’ refusal to voluntarily continue to pay under the IBR Plan as an alternative to trying to discharge the full amount they owe on their student loans does not show an absence of good faith efforts to pay. The magnitude of their student loan debt, the high interest rate, and Debtors’ moderate earning potential created a ‘perfect storm’ where the IBR Plan and similar plans were simply unproductive alternatives.”

Taking all of these factors into consideration, the Court was also mindful of the Tenth Circuit’s “partial discharge” ruling in Alderete v. Educational Credit Mgmt. Corp. (In re Alderete), 412 F.3d 1200, 1207 (10th Cir. 2005).  With the magnitude of the debt, the debtors’ circumstances, and the relevant legal standards, the Court ruled that $234,046 of the total $311,570 in student loans should be discharged, leaving a remaining balance of $77524 to be paid.

2019 update:  The Murray decision turned out to be a very important precedent in the development of student loan dischargeability law.  Future decisions in referred to it as a model.  In December 2018, for example, another Kansas bankruptcy court (In Re Vicky Jo Metz), chose to follow the example set by the Murray case.  The court again rejected ECMC’s standard argument that a distressed debtor, burdened by student loans, should be forced into an “income-based repayment plan.”  The court recognized that such plans are simply ways of avoiding the underlying problem, which is the fact that some loans simply cannot be repaid.  Bankruptcy was designed to give people a fresh start, and income-based repayment plans are not a substitute for this fresh start.

If you have questions about student loans or other debt issues, please call us to set up a free consultation at 913-385-9900.