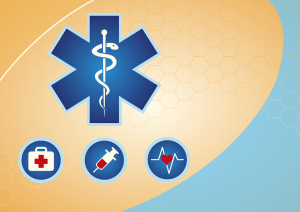 What Are Health Savings Accounts (HSAs)?

Health savings accounts (HSAs) have gained some popularity in recent years.  The idea is that a person can deposit money in an account and receive tax benefits for doing so.  The funds can then be used for the payment of medical expenses when and where needed.  The idea seems to be a good one, but it is not without potential pitfalls.

The debtor, Leitch, was a Minnesota police officer.  He had about $8600 in a health savings account (HSA) at the time he filed his Chapter 7 petition in 2012.  He and his family were also insured through a high-deductible health insurance policy offered through his employer. Leitch used his health savings account to pay for his family’s medical expenses up to the amount of the deductible under the health insurance policy.

Leitch did disclose everything as he should have, and tried to exempt out the HSA funds pursuant to 11 U.S.C. § 541(c)(2). He later amended Schedule C to claim the funds were also exempt under 11 U.S.C. § 522(d)(10)(C) and (11)(E).  The Trustee, however, disagreed with the debtor, and took the position that the funds were not exempt, and should be turned over to him.  The bankruptcy court ruled against Leitch on this issue, and he appealed to the BAP.

The beneficiary of a health savings account has nearly unrestricted access to the funds in the account.  This point is critical.  However, the beneficiary will incur tax penalties unless the funds are used for “qualified medical expenses,” which are essentially costs of health care “not compensated for by insurance or otherwise.” 26 U.S.C. § 223(d)(2)(A).

The debtor took the position that the HSA funds were exempt because they were part of a health insurance plan regulated by state law.  He pointed to an allegedly relevant Minnesota law to support this assertion.  However, the BAP disagreed with this.

A health savings account, the BAP noted, is simply a trust account.  The beneficiary can receive tax benefits if it uses the funds for medical purposes.  But this does not transform the health savings account into a “health insurance plan” regulated by state law.  As it noted succinctly, “An HSA is not insurance.”  Rather it is simply a place to deposit money for the payment of certain types of medical expenses.

Looking at the flow of recent laws, it was also clear that Congress never had an intention of making health savings accounts exempt.  Congress added § 541(b)(7) (which specified certain exclusions from property of the bankruptcy estate) to the Bankruptcy Code as part of the 2005 BAPCPA amendments. Health savings accounts were created in 2003, two years before the BAPCPA amendments became law.

Congress did not specifically mention HSAs in its amendments, and since the funds in the HSA can be used by the beneficiary for any purpose, the BAP additionally found that an HSA is not a health insurance plan regulated by state law.  Furthermore, the debtor had already received the money, was in possession of it, and it was sitting in an account that he himself controlled.

So the problem here was that the money in the health savings account was money that the debtor had unrestricted access to, and looked more like a bank account than anything else.  In general, the more access that a debtor has to certain types of funds, the less likely those funds are going to be exempt.

This case highlights, once again, how important it is to disclose all assets to one’s bankruptcy attorney during the preparation phase before a case is filed.

Read More:  Student Loans In Bankruptcy In Kansas And Missouri